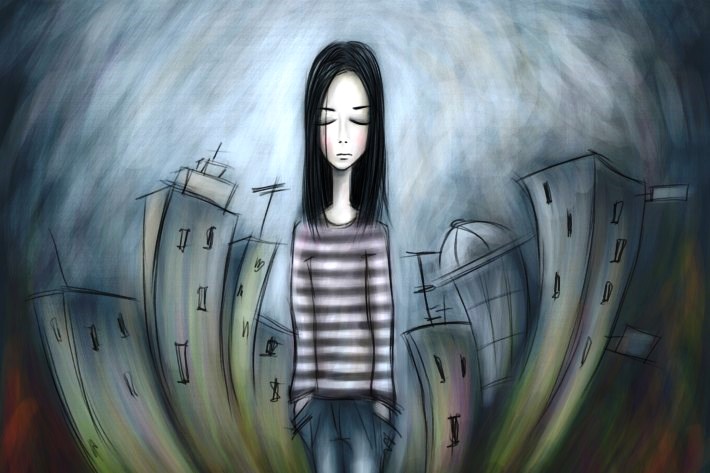 I sat down on a bench, flustered with frustration. “Why is the damn test taking so long?” I was about to jump out of my skin when I heard ‘hello.’ I looked at the figure suspiciously and turned away. He was not who I wanted to see. I have been sick with so many unusual symptoms. One of my friends made a joke about taking a HIV test, it sounded funny to him but not to me. I still remember clearly what I had done a few months back. It was a fling! It was an acquaintance! It was unsafe! It was totally random! Now here I was fidgeting and frightened.

He said hello again, and then I faked a weak smile. Instead of leaving, he sat down beside me. “You seem nervous,” he said. “It’s none of your business,” I replied. Someone who was passing by and saw him, called out his name. “Doctor Mason,” the voice shouted out, and waved at him. He waved back. I quickly looked up at him. He was a doctor. He also wasn’t looking bad. For a moment, i forgot what was wrong with me and quickly checked his fingers for a band, but there was none. “Should i tell him why i am here? Should i cry on his shoulders? He could help me even if my test turns out bad, yeah? He already started a conversation, should i open up to a stranger?”My mind kept flooding me with certain uncertainties, and just when my lips were going to part, the voice came through, “madam, youresult is ready.”

I jumped out of the chair and walked towards her to collect the result. I opened the envelop anxiously, and then the sheet, and my eye sockets dashed from left to right,and right to left to see this supposed evil. “Oh,” i heaved a sigh of relief. It wasn’t HIV afterall, but there was something else. I quickly made for the exit to go home. I was so relieved that I didn’t realize I was smiling to myself when Mason came after me and said, “Now that’s a happy face.” My grin broke into a serious laugh. “You have no idea,” I replied. “I had to return to talk to you because initially you looked like you were going to have a heart attack,” he added. “Well, the panic hasn’t worn off, I still have malaria to treat,”I replied Doctor Mason.

“That’s alright. I have a patient waiting,” he replied. “But if you don’t mind, you could give me your number so i prescribe something for the panic to go away,” he said wearing a gentle smile. I gave my number to him with careless abandonment. After all it was only malaria. “Who won’t love what this kind of panic attracts?” i thought to myself.

previousShort Story: "The Ring In The Kiss" | Vera Bonny

nextPoetry: Ode To The Future