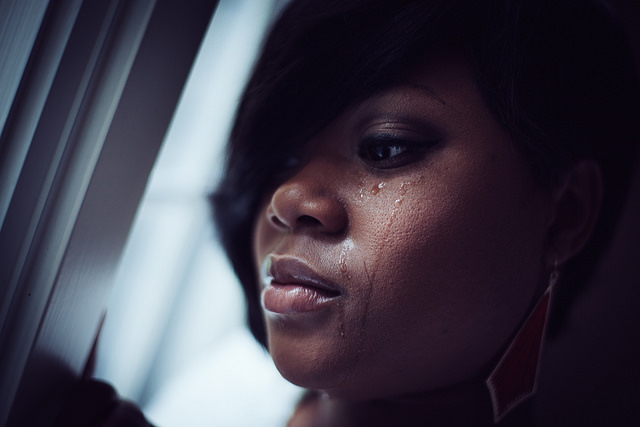 It was Thursday morning and I was preparing to go to the farm. My husband and I have to keep our heads down and till the ground to feed the family. But something about today felt oddly out of place. I had a premonition that something bad was going to happen. The compound felt eerie and the place was usually quiet. Maybe we woke up late, so I checked the time and realized it wasn’t 6am yet. I gave my son instructions for the day and left, he was to prepare his younger ones for school after doing a few chores. My husband had left for his farm already, and I had to hurry to mine.

After a hard day’s work under the sun, I began to have that odd feeling again, like something was wrong. Just then l saw my husband approaching and he didn’t look happy.”Who died, I asked”? He hesitated for a moment and then told me it was his dad. So my father in law has finally departed? I was secretly happy because he had been ill for a while and it has been costing the family much to take care of him. I bowed my head and kept wiping my eyes with the edge of my wrapper as I sniffed in invisible mucus.

He gave me his farm implements and said he had to go and get his uncle from the neighboring village. I quickly headed home and got things ready, so i could go to their family compound, to avoid any gossip from his siblings. I got home and cleaned up, then got something presentable to wear. Halfway down the road, I realized I had not shed an actual tear since I heard the news. Panic immediately began to set in. It will be recorded against me that I didn’t cry when my father in law died. They would probably say I was a witch and that I ate him up.

At the moment, I thought of all the sad stories I had heard of, but nothing happened. I thought of the few sad movies I had watched, but still nothing happened. I jumped up and down, even side ways as I kept wriggling and twisting my body, but there was nothing. All I knew was that I had to come up with something before I reached that house. As soon as I got into the compound, I saw my mother in law sitting on a mat, surrounded by relatives who were all very familiar to me. I ran to her and buried my face in her lap, then I screamed like hell was about to be let loose. I stood up and quickly headed for the nearest room. I started screaming my head off there, and everyone began to panic. I set the whole house in a frenzy with my acrobatic display. I even heard one woman say “she must have loved him so much”, then my mother in law said, “my son married a good wife” God bless her soul. Then I relaxed and smiled within myself, my mission has been accomplished.