Anu was at the shrine again, this time she brought dinner and two big bottles of Swan water. She must see Zanuomo, the masquerade of fertility, its feathers and straws attracted babies from the arms of Eledumare. Any woman blessed to dance with the masquerade when he appears at the shrine must mate with her husband before midnight and she will be dizzy, heavy with child before the next market day. She prayed fearfully as she waited.
It was 9pm she cried, choked with grief as she dragged herself home but Zanuomo never came because she was already with child.-Omolola
————————————————————————–
Did you cum? He asked. What kind of a person asks that dumb question, did you intend to make me cum? She fired back at him. She had stated the obvious and that visibly bruised his male ego. “Well I can make it up to you on the next round”, he blurted out.
Disgusting! Salewa was irritated. “What do I look like, a buffet? You have exhausted all your “rights” to this food menu sir besides we’re out of cutlery…-Hybrid
————————————————————————-
The way the window looked at him when he opened the door made him realize someone else now lived here.
The breeze made the curtains exchange glances wondering who this stranger was.
The doormat yelled at him to remove his shoes from its face so it could breathe.
The broken light bulb reminded him of the choice he had made the night he moved the body.
It’s 12 years now and Derek finally came to bail him as he promised he would 9 years ago.
Now there he stood at the entrance of where it all happened. With Rachel dead and Nania gone, the house was occupied by loneliness.
He walked into the door to the embrace of the cobwebs before the bell rang.
It was wakeup time and his cellmate was standing over him. “Did Derek show up this time? “, he asked. – Leon
————————————————————————–
The sun had set like it has the passed many yesterdays, John’s Mom was back at the same old window looking as far off, the grassy path leading to the house, as her eyes could afford. She sat resting her heavy head in one of her hands, obviously thoughts running marathon on her mind.
The announcement on the radio sitting on the cane table feet away distracted her, it was a message signed by Alhaji Muktar announcing his missing son, Sani, since the morning of 17/9/2001. Tears crawled down her wearied face as she wondered “will I ever see John again?” Tee2emm
————————————————————————–
The old woman smiled again and said “Children”, their faces lit up with joy.
She touched the ring on her finger and tears fell to the ground, she remembered them again and a young man beside her gave her a book, she opened it to go through;

They sat beside her to let her take it in, then they all chorused “Happy 82nd birthday Mum” then the youngest child asked “When will you come home grandma?”

The old woman raised her head and blurted out “who are you people?”-Rudolph
————————————————————————-
Everyone in our family was dressed up and looking great, especially my eldest sister, Ada. Her hair was adorned, her dress was a flowing floral pink with matching shoes .
I went to the room to get my phone so i could take pictures of her. I saw mama and papa by the corridor exchanging pitiful glances, and then papa said “how do we break the news to her”? And immediately my heart sank. The dream i had last night came back to me in a flash. I knew something bad had happened. And then mama came into the parlor, wiping her face with the edge of her wrapper. Then she said, “the truck had a bad brake. We lost him Adamma, your fiancé is gone”. We all broke into tears as Ada fainted.-Vera
—————————————————————————
Lying in her king size bed with a silk cover, smiles curved at the corners of her lips, blushing all shades of crimson, eyes glued to her phone, as she read his messages “I love you, can’t wait to spend the rest of my life with you” it read. They were always talking about everything and anything, he became a very important part of her life she felt like she was finally tying the knot this time after ages. His business crashed as he claimed, 5millon was deposited by the loving fiancee, he disappeared without a trace.-Hijab Gurl
———————————————————————–
Emeka believed stories I said about you,he didn’t know you were a figment of my imagination,I tried telling Nene,the 25year old lady who was in a haste to get married that Mr somebody is ready to pay my dowry.I think,I perceived some aura of envy,truly she gave a smile that questioned her feelings,what could I do? I’m a forty year old lady trying to pitch the idea that am still wanted in the single market.A little acting won’t hurt at least it will save the pressure of getting married for another month.Excuses I gave to wipe out my guilt.
The waiting was more than the phrase “Jesus is coming soon”.-Rachel Charles 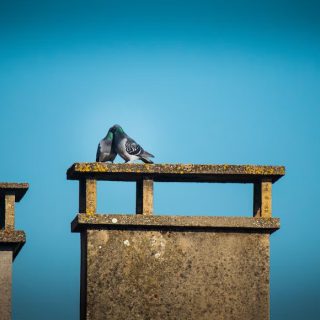