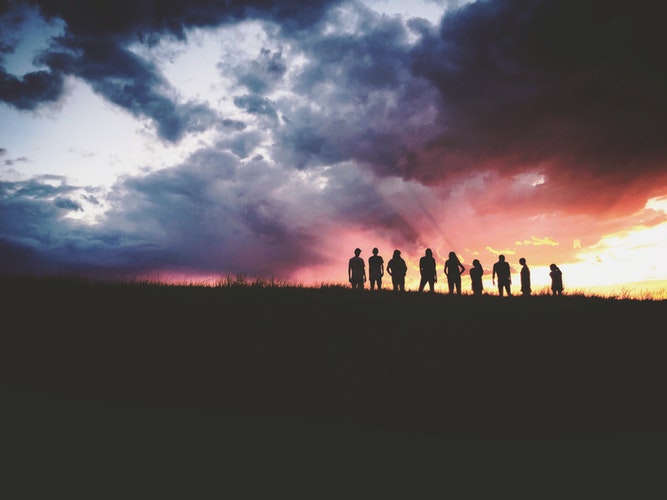 The colours of the rainbow are black,
With a texture that makes the clouds never tear,
One could never find sunshine in his eyes,
His heart is a bouldery bubble.

The way he looks at the world is different,
the sun reminds him that night will soon come,
the moon reminds him of half toasted bread,
and well, whenever he talks about the rainbow he relates it to a dark cloud,
like that of a ‘Dementia’ in a Harry Potter movie – those flying spirits that look like the grim reaper.

His farms are cultivated to produce produce,
Was ready to lead if he will get the lead out-
So he stared into the dark cloud
Wishing a Dementia to split the rainbow,
There was a row above as to which to row,
The wind was too strong to wind the sail,
Equal rights requested the sun and moon,
But an Oliver; he wanted one too for himself.

He spoke of an eclipse, that bloodied moon.
I heard him say, “I’ve been striped of my blue”.
How I laughed, I knew this not to be true
I told him, “I’ve heard you howl like a wolf!”

That night was like no other ever seen before.
The moon was full and filled with blood until it glowed with a bright crimson red.
The wolf hunters became frightened, for that night, they did not hunt for wolves…
The wolves came for them.

Cold chills ran up and down my spine
As I watched the night’s watch shape-shift
A Mother, someone call my Murder
I just witnessed the coldest murder in summer.

The colours that spread across the sky are actually you,
Smooth and rough and sometimes more.
I have found answers in your shadow and what is to come.
And about his madness, can we let it be?

Of the rainbow I’ve always been afraid.
Colours colour to cover each other in too much light
So that beauty is over-displayed.
And this is acceptable tonight