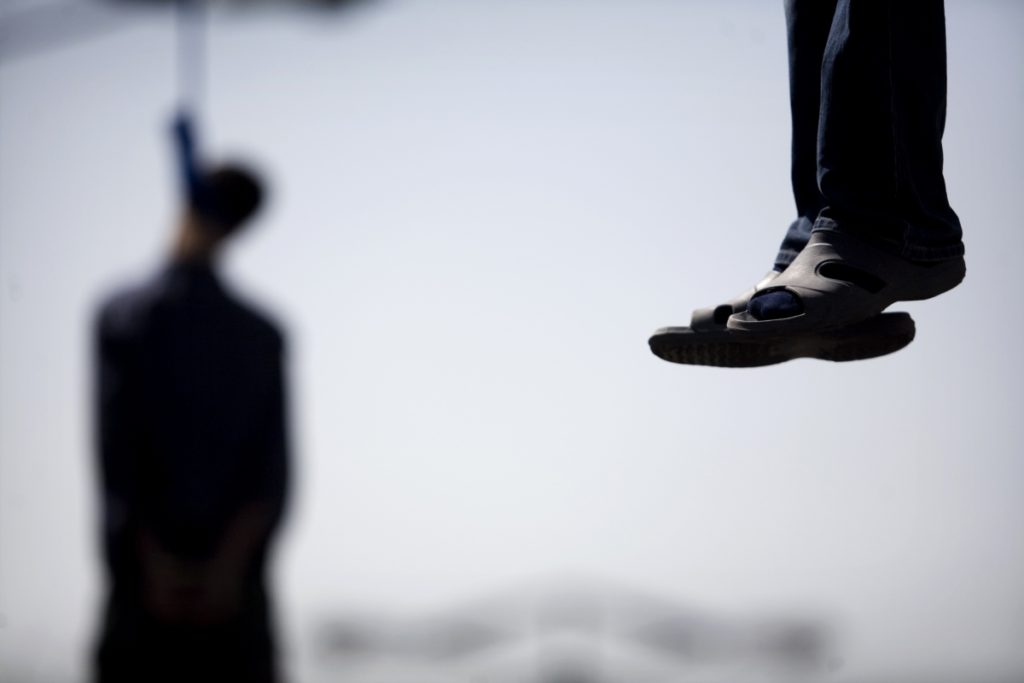 What is suicide?
Is it the eyes of a father hung over hungry children?
Or the ballot of the voter who never showed up?

My country kills itself,
For religion, tribe and fun!
Ogbonna drank shaving powder because Chioma held hands with Omeiza!
‘I’ll kill myself if I don’t own a piece of earth for my rest!’

This business of living, comes with many losses!
Should anyone have to take life?
Take life from their hands by their hands?

Victims argue that they were summoned here
without prior consultation!
In my country, we frown at deliberate dying!
Though I’ve heard of faraway places
Where it is heroic for a man to fall upon his sword! – OracLe
—————————————————————-
Suicide
Like the deer hunter
Like a camouflaged feeling not to go further
A slit on the throat just where the veins jam.
The gush out of blood and the dagger Falling off your palm.

Suicide
A step forward draws in more darkness
Routing farther than the thoughts can harness
We’d wait and Wade wandering
Float and sometimes bloat worrying
Sadness depression paranoia faded confidence
Heart beat getting so much intense.
Wrapped in a ying yang that’s just dark.
The maze to walk out to get the light is just another ending to the dark.

Suicide
A reason to be alive
A reason to hang on than just dive
Living is like am on a hike
Just to live a day longer I will thrive
The idea of you makes me want to stay alive Hypermind
—————————————————————–
The voices called,war of spirit and flesh
Cajole of flesh to silence presence
Death is tricked, his job stolen
When your lifeless body screams taboo
It’s really your weak will they see

It ends essence, forgets to end grieve
Chants of cowardice spat
The seasons rescue a patient heart
The universe gives core strength
Why answer the voices?– Omolola
——————————————————–
Oh you suicide
The first end by the sea side,
lurking in liquid metaphors of death.
A gangrene of time living in a well.
The music played by the harp of worry, loss or curse.

Darn the suicide
the one of pain in the shoe side
weakening the envy holding the loss bridge lied.
She who could kiss miss fortune with poisoned tips
Lips or hips, depression is fit for keep.

Suicide
Shall redemption find room to hide?
Not when a Jew made sorrow few.
I used to write you not to reply
but my intentions is not to imply.

Suicide I sued inside
I’ve seen too, worn as an underwear by poets
the last one to draw breath when we made out.
The business of death when rubies become washed out. – Rudolph
—————————————————————
Sui…
A mouth that buries you underneath the feet of an angry crowd.
It’s the casket found empty in your house after you kill a man.
Cidium…

When hate mates in embrace’s ‘unforgiveness’
The offspring files for ropes, potions,
Bullets, swords, tall buildings falling short.
When the mouth meets not meals,
Empty wields the gun to shoot remorse in the brain’s courtroom.

Beautiful,young with a bright future, Gaudencia.
Emotional but strong,intellectual but stubborn.
Hoping one day battalions will answer to her call.
Fell in love with life and its troubles all.
Loved and accepted the beauty of nature.
Admiring the artistic nature of life.
Picking pieces of Bad friends as Good one’s misled.
Receiving heart aches with no gains.
Trust,has nailed her to the wall.

College was fun.
Like words play in literature,Pun.
Life has given to her what she asked for,throne.
A Queen now King.
Conceived what isn’t deliverable.
The mind gets choked.
Her finger wrench the trigger,to ease her, brain gets blown.
I hate you croak(suicide). – Bangwan
———————————————————
Suicide
I jumped off the edge
Landed by the sea side
Lived there, a recluse
Found this shell and crept in
The emptiness consumed my soul
I blinked the hate
And choked the fears
Stripped bare of emotions dear

Shield my scream oh glassy walls
Wield my thoughts along pure
course
My grief, my relief
In a lonely crowded space
Shut down the voice
In these void
Count to ten and end love’s pulse
Love has me suicidal

With a burning heart i strangled it
Gradually i fade away
I killed myself while i still breath
Tragedy, the doctor said
As passers by all whipped their heads

Happily I’ll end this phase
Ropes tied
Cords bind
To an everlasting end
Suicide ended my sweet side.-Vera
———————————————————
Life unfit for the hassle it is.
I’d rather be done with this as is.
There’s no other fall for my sore feet.
I’ll be one less need the world should meet.
My life’s in my hand. Fingers just squeeze.

I’m at impasse precipices right and left.
I’m lost in the brambles life and me have left.
No forward march no hope no life.
Here’s trigger, here’s razor, here’s the knife.
This loss is none others just mine all mine.

What of loves and loved ones that I leave behind?
What of hopes and the dreams that I don’t unwind?
And the call of the sphinx from its fiery pire?
Have I lost all lights that could spark up a fire?
Its my life. Right? My choice. Mine. All mine. Right? Wrong. -Seun
————————————————————-
Suicide
A lifeless body dangling from a string
A slit wrist spewing crimson soul
The short route into the unknown;
Into the womb of the earth
Making another casket pregnant

The time poured into paving that old path
The path to lost dream was starting to promise yield
Though slowly but surely.
Martin’s faked smile and grin was so real
Even his reddened eyes glittered from it
Concealing the hurt, pain, and despair inside perfectly

Did you end your pain and hurt to start mine?
Should I string myself from that same window bars?
Is suicide the remedy to hurt and pain?
I might as well join you soon
I bet Helen will joins us too
Won’t that make a beautiful chain?
I’m stuck between blaming you and not blaming you.

Mr Martin,
Was it me?
But I remember my heart kissing yours
In the shared times to procreate a dream
Was it the dream?
Was it too big a dream?
It was easy
It was still a foetus
It was easy
We could’ve aborted it
It was easy
It would’ve cost you just saying so
Hearts still burn from the flame you left
Should the burn lingers too long
Don’t be surprised Mr. Martin. Tee2emm
—————————————————————
Oh suicide,you have no place in my heart
Treacherous being that kills every dream
No human no cry the sound of him.
We can’t live in yesterday,so I throw away my doubts and fears,I stay afar.

Depression and slander might take the joy today
At the sight of a rope and hanger,he thought!
Living for what?No goals visions brought
To the table of heroes,just existing not living.

Just take a look one more at your lovers
Daddy and mummy who gave covers
The girlfriend that loves to disvirgin mind and down your court
Do you have balls?

I hate the thought of suicide
Onotu made me write about my Non-Dominant
I stare at it like a bomb,waiting to explode,if it is worn
But my garment has diffused the negative load,Now it can’t shoot.
I am greater than suicide.-Rachel Charles