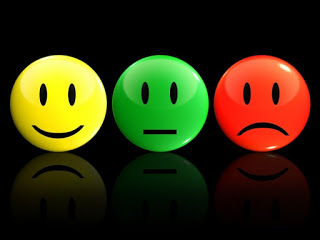 For Jason may marry maybe
When prize tends businesses
And widows are daughters
Of mothers and mistresses
In courtrooms
When courtship courts witnesses
These truths entangle
With laws and in-laws
And outlaws have no stake.
When the sentence claws
What’s fair isn’t.
It’s just hidden in the neighboring clause. – Leon
———————————-
We left shore with hopes for new lands
The journey has seen many a day and night
Our solid grounds of hopes and dreams gives way to fear and despair.
New lands still a drunk’s dream while shore is long out of sight
Eyes and necks going sore from being sprained and stretched
Searching for some kind of hope, a glimpse of light
Land at last
But which is better, lands we found or lands we left
The joy at take off seems to supersede the laughter at landing
Home in our hearts seems to have been cleft
But home still holds our hearts while our bodies wander this foreign lands
We dared untangling but our hands are not so deft. ~ Tee2emm
————————————-
She should have been a baker
toasting only bread,
but the king maker thought it wise
for her to knot my dread.
Locks in this place do not exist
so she quietly swallowed my sex cred.
Now she’s found herself locked in this room
with me, my guts her fears and what she thought.
It’s easier to pick up an axe and ask for her head,
why is my reason having feelings I didn’t sought?
As I am now an architect, the one to create
destiny and fate two murders off different sort – Rudolph
———————————————
I was made to wear a crown and called a king
I didn’t know if to be happy or sad
I sat on my throne and issued a decree
They despised my command and thought me mad
But it wasn’t i who chose to be king
To end my regime was the only choice i had
With or without a crown i frown still
Shall i ever be happy in all seasons?
The green leaves now turn brown
Their defiance gnaws at my soul and poisons
So i choose to go back to my life as a commoner
And mutiny was only one of the reasons– Vera
——————————————
Sugars and cream made parties to be
I’m a vegetarian and wouldn’t be fit
To break the truce for a fleeting belief
A minute or two will lead the feet
To ecstasy and high pitch
By then all that’s left is to accept defeat
The red nose man is happy you think
Generous enough to share his life’s tale
Every bit of sour he had once a taste
Has brought between his legs – his tail
Mixed feelings now crown his head
He sees all virtues without a fail – Jennifer Dafwat
Prev postNext post
Click Next To Continue Reading This Post