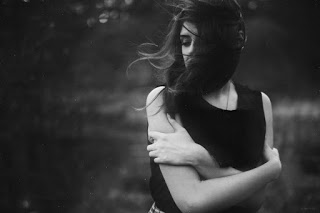 The Melancholic Nurse
Her ward is a graveyard to us
But here we die twice from her curse
Soaking sheets in dirt to clean bed
For good to heal bad both must wed
Let regret fight to feed remorse
Shame sits happy like clothes on corpse
Seduction rewinds the stooge she lures
After too many words are said
Her ward is a grave.
Her hands would rest to sleep on yours
Awaking dead cells in the chorus
Singing the songs appetite fed
Soothing the notes the choir led
In this hymn book- A Wistful Nurse;
Her ward is a grave-Leon
————————————–
As dulcet sounds go to a show
true memories begin to flow,
to shut the stream of God’s own leam
so psalms or proverbs become dim.
These wounds bite, bleed, itch and blow.
Fossils like pasts, seeds that still grow
on mistakes, in seas; let death row
with a titled flag loosing seam
as dulcet sounds go.
Thus a gracious lying long throw
into pages needled to and fro.
No sun’s, moons, no torch of hope’s beam.
Blurry winds here is all that seem.
Time knows this tale said by the crow.
As dulcet sounds go – Ruddapoet
—————————————–
She saw her second half beg heine
Stretched for arms,stiches against nine
her lids flipped pages emotion
expert per revert ill potion
Bowed down all regrets up his whine
Hopefully she pondered on wine
Flowers in her garden had mine
Death!!!Mel-anchored the high notion
She saw her second
Her lustful boobs couldn’t align
His squinting eyes lured lie,no sign
For incantations moved motion
human race,contend earth portion
ghost carnivals waiting on line.
She saw her second-Rachel Charles
Prev postNext post
Click Next To Continue Reading This Post