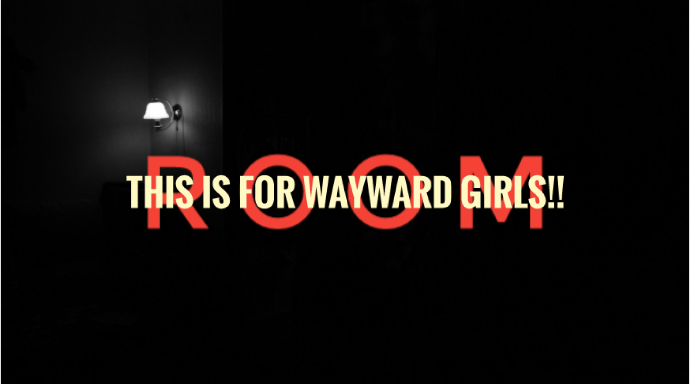 In a room filled with curly toes
Are maidens and all my guesses;
Wombs caring less for embryos
And walls against which one presses.

Each day they grow wild and reckless,
Keeping their rules but breaking laws.
They wound up old and stay senseless,
Perverse is a suitable clause.

Each day they grow wild and reckless,
In the same room where wayward was-
To become pale, thin and helpless
We’re cut by teeth within our jaws.

Nine of the virgins don’t make ten.
Careful to boil out from the pot
Or make noise. It’s a Lion’s den.
Trying to seize their escape plot.

But the ones whose heads planted horn,
Stare into devil’s eyes and smile.
It was not that, so they were born.
But for… they trudge an extra mile.

But the ones whose heads planted horn,
Watered it with bier, bitter bile
And cannabis. They let it grow In Thorn,
Till it flooded like river.

This place is messed up in and out
With ugly acts leading to hell,
Singing heavenly songs in doubt
Dancing and killing major cell.

Having nice discussion with gin
In the spirit of juniper,
Stretching and squeezing human skin
Hailing the name of Lucifer.

Having nice discussion with gin
On earth living in Jupiter
Screaming “all we do is win win,”
Standing in place of crucifer.

There is this room for girls like you
Who are not after true glory
Which runs vast like the sea, blue.
Your ways, the world sees as blurry.

What is best for you i can’t tell.
I have no right to judge this shame
Nor know the calls that ring your bell.
Maybe this is what keeps you sane.

What is best for you i can’t tell.
Time I pray will take off that mane
That paves paths that may lead to hell
And save you from your crashing plane.

Self infliction making her bloom.
Truthful in imaginary.
A cactus, a shadow to gloom.
Clouded mind in controversy.

House for girls whose pens are broken.
Short skirts, mini tops, far gone soul.
For women sold for a token.
Little or less, this worn out sole.

House for girls whose pens are broken.
With words buried, deep down a hole.
Slightly wisphered, yet unspoken.
This is for girls without a soul.

Red covered where pink should have been.
They love like war, moan in hushed tones.
Their veins pop up in streaks of green,
Forlorn bodies crushed by their bones.

This room is full of wayward girls,
Their shells are hallowed with regret
In their breath a false promise swirls
Between their chest lies a vile net.

This room is full of wayward girls,
Lost to families, friends and foes
Their heels thread with unsteady twirls
Beneath their skirts, a bag of woes.

previousThe Walls We Build To Keep Us In

nextMany Ways To Start A Fire