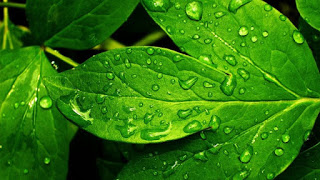 If Green Was A Number

If green was a number it will be zero,before one and all will still be perfect.
It will still be the beginning of creation, no end, and still feel the uncensored air blowing our silky veils away.
We wouldn’t fear drifting apart from earth.
But if only green was that number

If green was a number
It’d tell time of a naive inquest
The banter of steady surprise, dishes by adulthood
And many victories in the wake of self.

If green was a number,
It’d multiply itself every seven hours, 7 minutes
7 seconds by 70 times 7.
For 7 is perfection/ to the divine’s specification
In wake or slumber in dream ponder that 7 is the new green


A great man who looked like me once exclaimed in sadness:
Why does every poet have to possess a fine touch of madness?
For even the gods stomped in disagreement as the skies rumbled with thunder;
When my poet friend turned to ask me: what if green was a number?


Number locked in embrace births infinity.
If green was listed under numerical lineages
Science would revolve around chlorophyll
The earth would be green and all be vegetarians


Tastes won’t grow buds tasty for apples.
Men won’t be eager for wine than boys
Hunger won’t feed us only vegetables,
And kids won’t bite but eat their toys


Here lies the figures of dead soldiers whose blood manured the earth
The slain brothers and sisters whose ghosts haunt the root of rebirth
Will i give you life disguised in colors of sombre?
To what number again, the one for which you hunger?


If Green was a number, i’m hoping she would be eleven
I would really love to hear her voice when i dial those digits
Let us dialogue why she whores every plant as a sign of life
And still be a paradox that represents everything mean, money, envy and all shades relevant to the scheme.