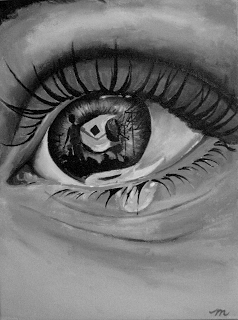 My
friend is complaining of unrequited love. ‘I
love Lisa so much but she doesn’t see it, why?’ I think you’ve answered
yourself already so why ask why? Reality check: Love is something you can never
pick unless it falls. So Lisa can’t see it because she doesn’t have it. And i
turn to my friend and say ‘love thy neighbor as thyself. That is what the Holy
Book says. Which means you must have a good proportion of love for yourself
that could be equitable when a part is given to your neighbor isn’t it? So it
is obvious that you do not have love for yourself that is why you want Lisa’s
because Lisa has none for herself let alone some to give to you. Why do we
overstretch it? If someone doesn’t love you, someone else does. Why think there
isn’t someone sleeker and better or weaker and bitter? Euripides said, ‘when
love is in excess, it brings a man neither honor nor worthiness’. Move up the
stairs. Don’t wait for an assurance. Scientists broke the trench; don’t work on
someone else’s hypothesis.
Do you ever take a sit to ask yourself why you do
lie? You lie in recompense for the prestige you can’t have but want to have.
You lie because you are afraid things are gonna change if you tell the truth.
You don’t want it to be said it was heard from you, so you impersonate. You
appear incognito so that you get people misled and the spotlight is shifted
away from you and focused on a character that isn’t there; mere
personifications. Of course maybe that was why Oscar Wilde said, ‘Man is least
himself when he talks in his own person, give him a mask and he’ll tell you the
truth’. What? You don’t think you have it already? Why? You don’t see a reason
for your importance? Who do you think would have an exact same thumb print with
you if it ain’t you? Speak in your own person and drop the mask. Masquerading
is not an ad infinitum occupation.
I
will never tell you what you think you want to hear or what you expect me to
tell you. I will only tell you what you don’t want to hear. How would you like
a sludge of brown phlegm, especially when the gob is spat out of my mouth and
glued to the body of your white moccasin while you are giving a sermon on
‘forgiveness’ with me and you in front of your congregation with no podium?
Don’t think you have the answer to it until it happens. And don’t ever think
you know anybody; anybody is like a picture. And as Dian Arbus once said, ‘A
picture is a secret about a secret. The more it tells you, the less you know’.
…2b
continued…
Prev postNext post
Click Next To Continue Reading This Post