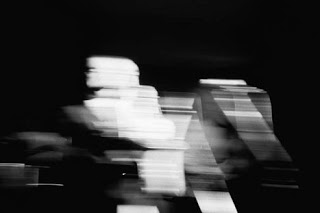 Eerie air.
Strands of hair.
Standing on the edge.
Of faint muffled waves.
Desmond Adeoye-Adetoba
In the horde of multiple voices lay the symphony
Yet three became the loudest and cacophonous.
The rhythm is disgruntled with bickering beats
But beauty lies in the muffled voices of the minority.
Northpriest Judha
Its sign language now right?
You financed the deadening light.
You seem not to hear your voice a bit.
It’s because you are strangling it.
Vera Bonny
Broken, I stand alone in the dark,
Pained, bloody tears from every pore trails,
Stricken, on my knees to gather my dignity,
Livid, my shouts came out in a muffled shrill.
Oluwaseun Okunlola
Don’t want to hear it so drown it out.
Where’s music? Where’s movies? Volume up. Swallow sound.
Then back to wall, rock and hard place, stunned and dizzy, stumbling crawl.
Sigh of relief, hope at last. It is not silent. I muffled it.
Anre John
Brazen deprivation to loud vociferous calls
Our suppressed cries yearning for freedom’s chants
Faded will, less strength to break free from the political anvil
Once fiesty protestations dwindles into muffled voices
Rudolph Rudapoet
Let’s play this song and hold its chord by the thorns,
strumming the silence of the dangling sweet nuisance.
The charm sweetened on thumb’s pressed unto the nipples of this notes,
listen to voices throttled into screeching sounds of the clouds.
Leonell Echa
Lawyers they say say a lot
Doctors,  well,  they write unclear a lot
What do scared people do?
Are babies stammerers too?