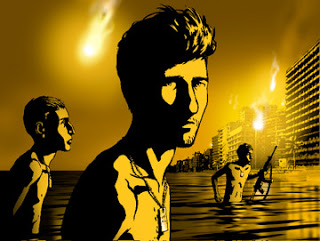 For verily it is said; a
fool must be answered like a fool less he thinks he is wise; Solomon the king.
These vagabonds, would they stop to think someday, that
they could be good, like Benjamin Franklin; who sort to create Silas Doo Good,
or would they say like Lincoln and navigate toward the pretext of a human
relationship where they destroyed their enemies when they make them their
friends. Would they see like Washington- the possibility of a new world created
out of an orderly chaos from a 33rd degree incineration as against
the 3rd degree burns that consumed the victims?
These victims; would they
have thought of a time, when they would stop to bear their names and be
addressed as victim? Like John Wilkes Booth; a victim of an idea or probably a
cause that justified his leftism and warranted the action that bore him a likely
victim. Did his successor realize that some day the victim he made of JFK would
take away his own name? Thanks to coincidence, Lee Harvey Oswald picked for
himself the name sake of his ancestor. He didn’t do it, he didn’t kill JFK. He
was a tiny pawn on a very big chess board. The animal and the altar, a
sacrifice that must be offered; Little wonder, dare to slumber? Victima,
victimi or pronounced victimy, who really knows these things?
But again that is
how victims are made; we perish for lack of knowledge, Innocence; A perfect
excuse for ignorance and a weapon for the priest. Victimi; Latin for sacrifice,
“A casualty of war”; the generals might conclude, but “A man”; analysts might deem
vilified.
Dog god
Prev postNext post
Click Next To Continue Reading This Post