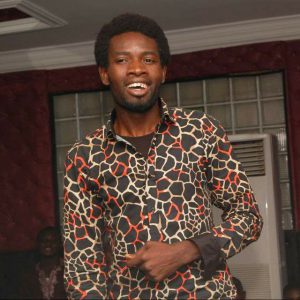 My name is Onotu David Onimisi, Onimisi meaning desire. I grew up on the highlands of Plateau State central Nigeria. At a very young age I nurtured a thirst for folklores, stories and the happenings in the daily lives of people.
As an undergraduate student at the University of Jos I wrote and directed plays at the open Air Theatre, I wrote poem after poem which I recited every chance I got, until I was dubbed ‘Poetic oracle’.
Despite the incessant strike actions of the academic staff union of the university, I strived for good grades and was soon rewarded with a bachelor’s degree in Theatre and Communication Art. I read anything and everything I laid hands on, from Benjamin Franklin, Mahatma Gandhi, and Philip Roth, down to Wole Soyinka.
In 2008 and I left for the National Youth Service Corp in Katsina state. While there I wrote scathing articles on Nigerian politics and countless others on the question of government, sectarian violence, society, leadership, and culture, some of which were published in magazines and national dailies.
A documentary which I did on the ancient city of Katsina won me a position as facilitator with the millennium development goals, community development service group.
My spirit was restless and so was my pen. I developed manuscripts after manuscripts, and became secretary of the Association of Nigerian Authors (ANA) plateau state. I went ahead to initiate the Global Theatre for Nonviolence and Conflict Resolution, which engages all forms of art ranging from literature, dance, painting, drama, choreography and music, as a tool for peaceful coexistence and the resolution of conflict.
Despite the dust, the gold, despite J.P Clarks Ibadan, I believe that my country will not break beneath the weight of bad politics. The art of writing and literature which has become my life passion will reveal to me and my country the sun in all its beauty.
Winner of the DOYIN AKURO prize for poetry, Onotu David Onimisi, a native of Kogi State (Nigeria) was born on the central highlands of northern Nigeria “(Kaduna State) but grew up in the city of Jos (Plateau State). His flair for the management of creative art and human development was stirred at a very young age; this spurred him towards the study of Theatre and Communication Arts and Creative Enterprise, at the University of Jos and at the Pan Atlantic University Lagos.
A millennium development goals facilitator and member of the peace collaborative network international Onotu David Onimisi, is widely traveled and can apt be described as a community development champion. Published in national dailies and numerous international journals Onotu david Onimisi spends his time at the Dorz Crafter Studios in Jos where he sharpens the creative abilities of young people towards greater economic high flights.
A script writer and editor, with a postgraduate diploma in education he is also secretary of the Association of Nigerian Authors in Plateau state.