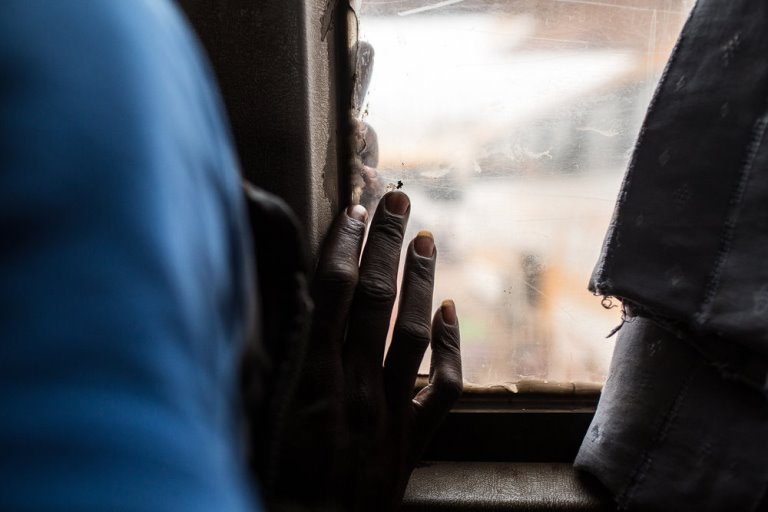 Memories are made of moments like this/When window panes separate two lips/Set to touch in a kiss/As the bus pulled away.- Bose Ayeni-Tsevende

This is what November brings of you: cracked bones, sharp, that pierce deep. I remember February 2014. After a long walk that discovered you, I picked shreds of the aroma of your kisses that hovered around the boundary between my lips and my nose. I remember the songs “All of Me,” loving all of you through John Legend’s voice. The dream of Lagos became sour. You became a season of another birth, remember? How Adoka became a being under the influence of your touch, and I felt her having a rebirth of me.

But that wasn’t the point. The arrow shot was the scene captured in Bose Ayeni-Tsevende‘s “Stream”. The pain of that morning When window panes separate two lips. I remember your face pressed against the glass of the bus. That day I hated whoever made bus windows have glasses.

As the bus pulled away/ tearing their hearts/ in several directions called pain, so did our own hearts tore apart. Lagos became a nightmare. From calls those days, you said same of Benue.

In the poem You I see you still. Bose captures how;

Here the poem did not only grasp my heart. It became a cinema of memory. It brought back fond memories of how we sneaked into the depth of dark nights to cuddle. Your black skin which became the remnant of a stolen continent in my palm. The poem concluded thus This poem/ Is you but it wasnt the single poem that was you. The whole collection is a recollection of you. It brings memory into my lenses and every memory once was a life of its own. As I read further and my heart falls into deepness of memory of you, I saw a poem So Deep. Although this one wasnt deep. It reads Have you seen a tree so big/ Your arms cannot circle/ A mountain so high/ You cannot climb it;/” This poem will remind you of  “Beneath Your Beautiful” by Labrinth featuring Emeli Sande. The lines sound alike. We can forgive blandness in music right? But can we do that in poetry? I know you will accuse me of my wahala here. But never mind, we can skip that. But meanings are not lost in clichés, so I must confess that our love was deep. A love so deep,/ So / Deep/ It swallows without trace/

Had not betrayed Jesus,

How else could the scriptures

So if you had not said Goodbye to me, how would I have fused you completely into a review of Bose Ayeni-Tsevendes “Stream”? Your choice brought me to the poets thin lines 

‘I know now how to love/ I know now how to hate/ For the line is thin/  The thin line is the link that creates my Patches of teardrops From the poets voice I read this to you  I knew from the onset/ The time would come/ To mouth the word goodbye/ But/ I cannot for the fear of goodbye/ Refuse to live today.

Otherwise, how could I think that we could trespass the distance of Lagos and Benue? The fact that I was a poet and my community was a grub street, you were young with many needs. But anticipation of goodbyes did not kill that day we lived. But as in Broken You drop me/ I am shattered. So We sat together,/ Apart/Our hearts touching,/Bodies silent/Love burning/ Our lust dying/ and she concludes by giving me advice Goodbye is a time to take control. So I take control from here. Although this collection brings back a fond memory of you. But memories in November are clothes of a dead relative that keep threatening with tears. Pain is what November remembers of you. 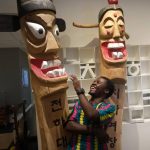 Oko Owoicho pen named Oko Owi Ocho was born in Udabi Adoka in Otukpo local government of Benue state. He has performed on many stages in Lagos and Benue respectively. He featured in Lagos State Black Heritage Festival ‘Night of the Poet’ 2014 and Sevhage Literary Festival 2015. He was a guest poet for Freedom Spoke Word organised by Goethe Institute and Aj House of Poetry 2016. His poems have been published both online and ‘Black Communion: an Anthology of 100 Modern African Poets’.He is a Pan Africanist who bases most of his writings on Africa. He sees Art as a tool that can help facilitate the cultural and economic emancipation of Africa which is one dominant theme inherent in most of his works. He is currently studying English at Benue State University where he once served as the Financial Secretary of WRITERS’ LEAGUE. He has an unpublished collection of poetry titled ‘Broken Rhythms’ and is currently working on another one titled ‘On God’s Death’. His poem ‘ Into My Shrine’ was longlisted for Nigeria Students Poetry Prize 2017. He is a sub-editor with SEVHAGE Publishers.

previousFor What It's Worth

nextThe colour of what is left