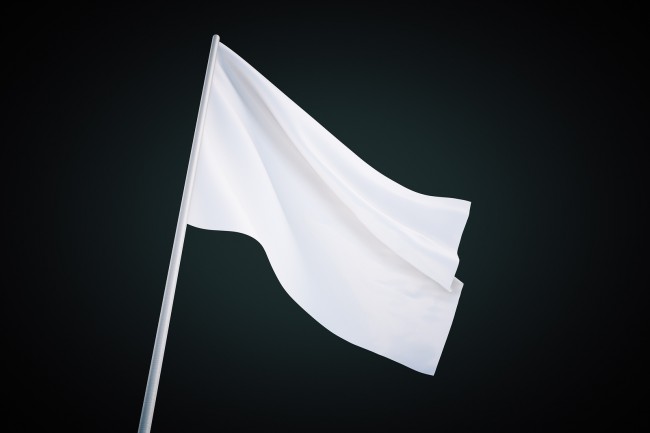 In respect to the symbol, I try
To wash off the dirt in the process I dye,
This fabric of honor in the air
Lost its identity due to care.
The pain in my eye will not dry.

The lashes,surrounding my eyes
Are there to protect not cry, sounds wise.
But tearing out tears doesn’t stop the fact
That hurt can come from a good act.
Similar reason why the clock goes anticlockwise.

Now the fabric can’t go back to its place,
Cause Shame took the place of Grace.
This is a place that once called respect,
But recoloring now invites reject.
Disappointment now kiss us in the face.

Short hands won’t find the edges
This flag failed too many pledges.
Today we make a change,
Climbing out to a brighter range
As stars litter the hedges.

A little blush exudes a nice feeling
Where love comes in kneeling,
Begging to adorn your life
Promising to stamp out strife
For warm colours to come, wheeling.

So the couple wore the same colour-
White is always a symbol of honour.
And then we head to the suite,
For the couple to retreat
And legally do themselves a dishonour.

The morning came and the groom could brag.
She was taken, and now he’s removed her tag.
The white was gone.
She grinned with her royal blemish on.
And in 9 months we’d seen the new colour of her flag.

Leonell
==============================
No one seems to know what her colours stand for anymore
She always waves at us, yet her heart we tore
Right hands on our left breasts, we salute
But the hearts know nothing of her attribute
So we made out to tidy her unkempt store

We collect a few in a room to decide
They gather like kids throwing tantrums, with one to preside
Our resolve is resolute
To rid her of the colours that loot
In this repainting we stand hand in hand and side by side

Switch the brushes for better strokes in a different hue
So green stays green not feigning blue.
We trashed Piss Deep Pete in a rubbish bin
And brought Ace Pea SEEs in
But no one told us you can’t make rain of dew

In memories of what we existed as,
Blinds, blindly leading the blind mass.
A cry for continuity.
A nation called “cunt unity.”
Aloha alas.

In that country were people
Led by example.
Some were held captive by greed,
Some, i will call a special breed,
Others, all of these they couldn’t handle.

Before i quit being a nag,
I want change starting from its flag.
Let us recolour it with love; true and white .
This time , if we do it right
Her true potentials will not lag.

Mbai would forever have a scar,
in his heart like his head. It popped like a star.
Would he grow fond of another him,
or about him, will we hear a hymn?
He would get used to no genie in his jar.

It’s good to draw your eyebrows fine,
and even know that your lashes align.
The day you lose a color of you,
I hope your mourning comes with a dew.
Or you’d end like Mbai, whose color won’t refine.

previousMy Night In A Nutshell

nextThe Eyes of the World on us