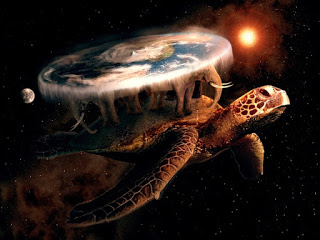 gods; we control and make
but we so well birth evil,
are we then devils?- Jenni

No such thing! no such thing! No such thing! As small gods and semi-devils
We are reflections of the highest, yes!
But deception! deception! To think  mediocre streams sweet!- OracLe
See me not as a god i’m still human.
Same one you left for Simi. Acts? I’ve seen worse.
Yours was driven by mere semi-devils – Silvia
You order things to come and go, seat and stand, your head is stuck in the clouds
Should the moon outshine the sun thus hurt his pride?
Affluence crafts us into small gods, and perceived rivalry coins us into semi-devils- Tee2emm

Creation,  perfection, form, breathe  we all came from God.
His image,love, likeness turned us to small gods.
But pride, greed, lust, dissertation evolving in everything untrue brought out in us the semi-devils. Hypermind
Of demi goods and small devils,
Mine was a tale of tragedy and travesty,
I met him as one, he turned out as the other, purest of evils.-Vera
Trinkets of gold, fame and a glowing throne; small,
promises of highs and lows, shadows with cape-horned eyes
they all rot in the same room as furnished as hell; humans-Rudolph
Lilith, Mastema, Belial, Azazel Beelzebub, Baphomet
Asmodeus,Satan,Serpent,Shaitan,Voland are gods and devils.
Small gods and semi devils you and I are.-Bangwan.

God stunted in stature yet arrayed in pristine divinity
Devils of small sizes yet grand in wrecking havoc
Humanity, a clay tent of chaos, the alter of the two extremes- Desmond
The womb of the earth suddenly oozed a thick slimy liquid and evaporated
She rent her clothes in mourning for prophecy was being fulfilled
The end had just been born- small gods and semi devils: her offspring –
Prudence
Prev postNext post
Click Next To Continue Reading This Post